The plan was to share a third perspective from our third team member Paul Jackson… But as the title says, our lives don’t always go to plan. PJ is a good man, a good friend and a good team mate. That also means that he’s also often a busy man and that’s the case right now. Maybe we’ll get his perspective on here one day…

But knowing him and knowing a bit of his story, there’s an important flavour of our Only Connect story that reflects his perspective that I felt couldn’t wait.

If I say that Paul’s path in life hasn’t gone quite to plan the last three or so years, it would be an understatement. But his character has been revealed in the same attitude that came out at the end of our last day on Only Connect. His optimism in focusing on our victory over Three Walls is emblematic of his approach to most things. He isn’t 100% positive about 100% of things all the time, but even in times of vulnerability (which he can be strong enough to share) his end conclusion is one of upside. 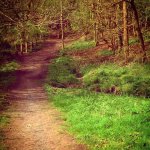 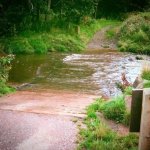 His perspective in this is vital for me, which is why I choose to have him as a friend.

I was reminded of him when I watched Avengers Endgame in that much of the opening (and this isn’t really too spoilery) was how the different heroes dealt with failure. There was denial, escape, anger, shame. There were some who plunged themselves into their work to compensate. And then there was one character who took his failure, one that he saw as a double failure, and used it to become his true self in a way that was an eventual victory. He became aligned with himself after being utterly broken and he became someone stronger and more effective as he was now using the strengths of all parts of himself in unison rather than being in constant conflict with himself and both sides losing. The script of his life did not go to plan. And he turned it from failure into victory.

The same could be said of my friend. He doesn’t deny failure or skip grieving or look through rose tinted glasses. But neither has he let it turn him into his own shadow. He looks at the situation and sees the whole story but chooses to focus on the victory. He aligns with his whole self and brings the strength out of others.

He took a couple of days that didn’t go to plan and celebrated the conquest of three walls. We can all be just a little bit more PJ.